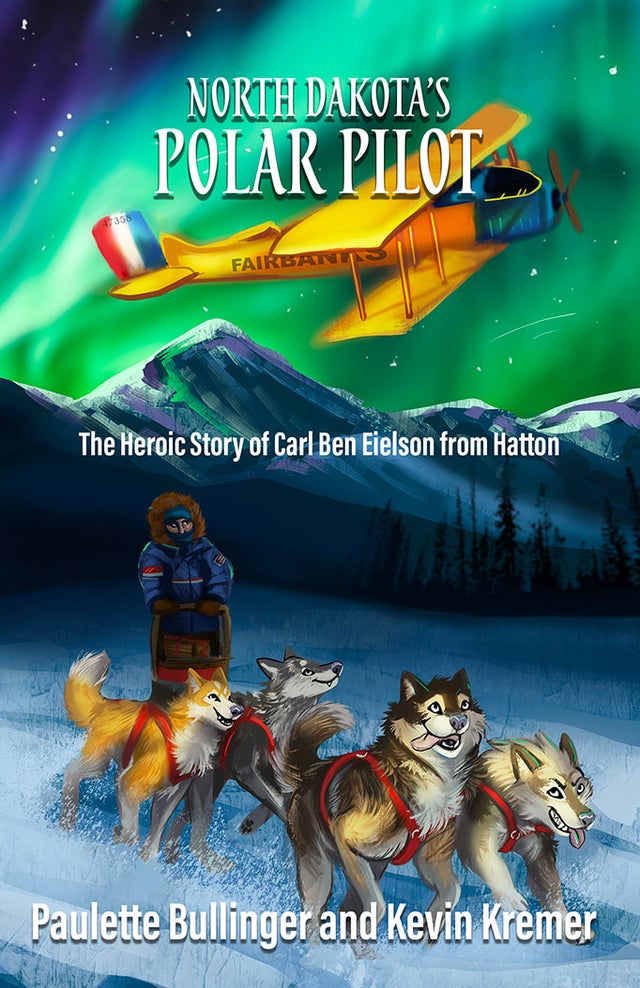 It’s a Blizzard Day in North Dakota, which means it’s a Fun Day for 11-year-old Kinley and her 10-year-old brother, Thomas. School has been canceled, and they get to spend the whole day with their grandpa in Mandan. On this Blizzard Day, Grandpa has an amazing story to tell his grandchildren about the life of a pilot from North Dakota named Carl Ben Eielson. Carl Ben was born in the town of Hatton in 1897, just six years before the Wright Brothers first flight, and he eventually became a world-famous pilot and the top promoter of early aviation in Alaska. His amazing achievements as a pilot inspired people around the world!

After Grandpa is done telling his grandchildren the Carl Ben Eielson story, he has a big surprise for them. He has arranged for the three of them to fly in a small plane to Hatton, where they will get to explore Carl Ben’s boyhood home. Readers will love their Hatton adventure as described by Kinley and photographed by Grandpa and Thomas!

**Includes the signatures of both authors