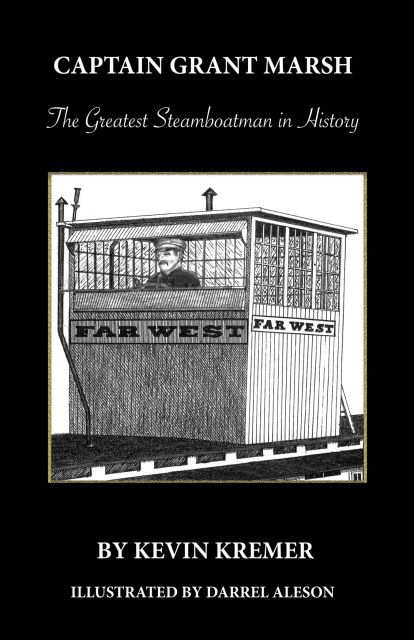 The Greatest Steamboatman in History

**Special Offer: Just $15.00—PLUS you will receive a special signed bookmark with each book ordered

Who is Responsible for this Captain Grant Marsh History Mystery?

It’s July 4, 2026, the 250th birthday of the United States of America. One of the biggest celebrations in the entire country is taking place in Mandan, North Dakota, where they’re having a huge parade and rodeo, followed by a gigantic fireworks display by the Missouri River. Right after the fireworks display on the river ends, something very strange occurs. An old steamboat named the Far West, once piloted by Captain Grant Marsh, beautifully lit up in multicolored lights, moves past the gigantic crowd on the river. This begins a history mystery that will eventually capture the attention and imagination of the entire world. Nine precocious teens and their friendly robot, Egore, will lead the way trying to solve this mystery, as it takes many unexpected twists and turns. Everyone is about to have lots of fun while learning all about the amazing life of Captain Grant Marsh!

Signed by the Author